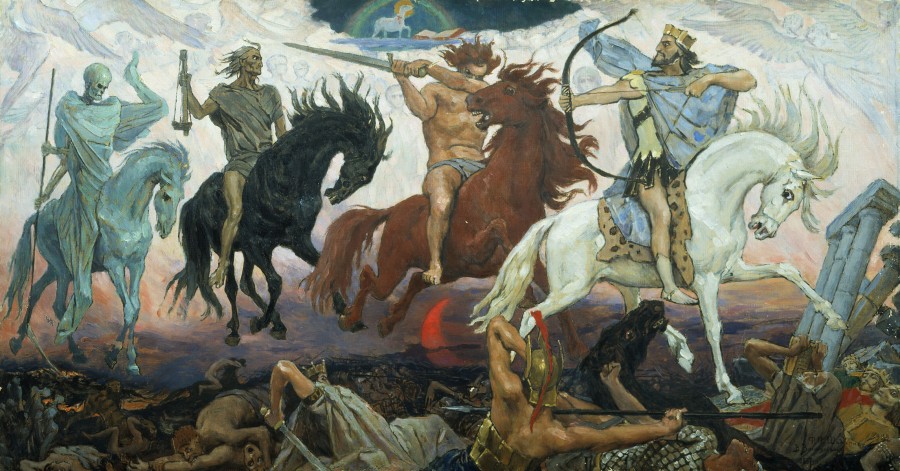 It seems obvious to everyone that something is up.

The bourgeoisie are the first to disappear from daily life, as if lifted off planet by mysterious UFOs or sucked into heaven by sparkling rays of light. Suddenly the morning commute is a bit less congested, trust fund journos on Twitter are complaining about working from home, and it seems just about every event that attracts the bloodsucking vampires has been cancelled.

For those of the vast underclass, life goes on as usual. But there is something in the air. Quite literally, a deadly and rapidly-spreading virus, but something else as well. A laughing gas? We’re all just joking about it.

You could almost get used to it. Or rather, you’ll have to. Because you’re a cashier, or a burger-flipper, or a pipefitter. You actually provide productive labor, and once you stop, it’s over.

And yet, it is just the flu. It’s nothing to worry about. You’re young, you’re healthy. You’re ready for the quarantine. Bring it on, you say. I’ll just cough a little. If you have any anxiety at all, it’s almost fun. Finally, some excitement.

Dozens of people other than myself have commented on the Coronavirus, from the anonymous Marxists over at Chuang, to the eternally-cancelled and blackpilled Sam Kriss. But they seem to be missing something. Such people are up in their ivory towers, imagining the crisis as a grand systematic event, a world-changing opportunity, or some prelude to dystopia. They dissect and analyze it, as if a plague can be understood!

At the beginning of a pestilence and when it ends, there’s always a propensity for rhetoric. In the first case, habits have not yet been lost; in the second, they’re returning. It is in the thick of a calamity that one gets hardened to the truth — in other words, to silence. – Albert Camus, The Plague

It really is just the flu, but moderns know nothing of disease. There’s nothing to analyze, because there’s nothing material to understand. Pandemics are not a biological scourge, but a spiritual and otherworldly catastrophe that destroy the soul of a populace long before the body.

7 When the Lamb opened the fourth seal, I heard the voice of the fourth living creature say, “Come!” 8 I looked, and there before me was a pale horse! Its rider was named Death, and Hades was following close behind him. They were given power over a fourth of the earth to kill by sword, famine and plague, and by the wild beasts of the earth. – Revelations 6:7-8

Not only can you not afford to panic, you wouldn’t even know how to. Nothing can prepare you for true misery except the Divine; or if you suppose an alternative like Camus, ponder his own words: Can one be a saint without God?

The answer, of course, is no.

The layoffs are already starting. The ‘stonks’ are in freefall, temporarily kept afloat by a trillion dollar short-term loan. Entire industries are in crisis praying for stimulus, and they’re trying to tell you not to worry.

So you go to work. Ha! Peasant! The C-suites aren’t going to work. Half the national leaders of this blue marble are in self-quarantine. I mean, do these people EVER go to work?

One may argue the ruling class is simply narcissistic. They’re panicking only because they actually have something to lose, and because they’re absolutely so far removed from the toil and danger of working class existence that an existential threat is something new to them. Wimps.

It’s a good argument. I don’t buy it, but cope is cope. We all cope in our own ways. Basically, are you a dirty prole, and are you working Monday? If the answer is no, I hope you’re prepared for the worst. Because they get to panic first, but we can’t afford to panic at all.

And soon you won’t be going to work. Or maybe my hypothetical applies, and you already aren’t. When productive labor ceases, society no longer functions. Most of us cannot comprehend barbarism beyond the silver screen, but now it really is coming to a theater near you.

So enjoy the show.

Suffice to say we are not only in a crisis but crises, and have been for some time. Everyone talks about the end of liberalism-this, the end of empire-that, but those aforementioned Marxists got at least one thing right: the Corona-with-lime-virus quarantines as a dry run for future counterinsurgencies.

You will be locked in your home, and you’ll like it. You’ll embrace state control, corporate half-measures, and the piddling paid time-off your boss/master gives you. You’re already a fascist and you don’t even know it yet.

So are the powers-that-be winning? Not against the virus, you can’t win against a pestilence. It does not exist on our plane, and is immune from our so-called ‘science.’ But they are winning against the masses, and the self-isolation imposed by infectious disease eviscerates any hope of popular resistance.

So embrace your role as a guinea pig. As a slave, as an expendable blip on some Malthusian’s population graph. You’re a post-modern masterpiece, the first generation to digitally liberate the mind before physically liberating the body, the first to escape the spiritual ravages of the plague; because after all, it’s really just funny.

2 thoughts on “Don’t Panic. You Can’t Afford to, Anyway.”